Q: What are you looking forward to?

A: This COVID 19 thing being under control in the US. And the rest of the world of course.

I thought I had summat to say...

Roommate has the back fence replaced. The old one was in really had shape. She had been patching the fence as one does with fences of this type. It also had been propped up (by me) with pieces of itself after a pretty good storm. 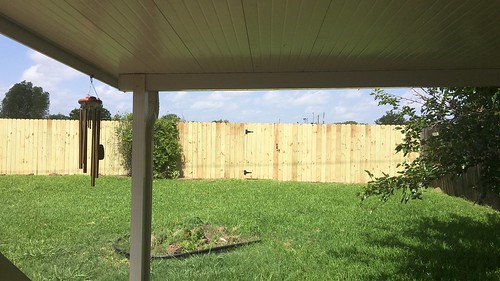 And I cannot seem to even sit in the backyard right now... This COPD (and another issue or two) is fuckin' killing me right now.

And I'd like to start doing some public posting again...

You can get your own card here!

beauty_forashes Hope it is a good one!

Goddam tree pollen is fucking killing me this week!

At least I hope it is tree pollen and not something more serious or sinister...

Since my lung disease became more apparent, sometimes it is hard to tell.

That Roku added Alex Jones' Infowars as a channel and then removed it a few days later. Upon reflection... Uh huh. GTFO

I can only imagine the hue and cry that they got in response for that addition.

I'm glad that asshole is about out on his ass on nearly every platform available.

He could go just one goddamn day without saying something stupid or untrue or just in general being a complete embarrassment to the country and the office in which he finds himself...

But no. That IS too much to ask. Apparently.

So I got one of those echo Dot thingies. Goes well with the hue lights I've got installed.

Also she is NPR cognizant. I suspect the thing will play any station that has a web feed in one form or another. So, who has one? What do you think of it?

I managed to score a last generation iPad as a refurbished unit. I need to replace the old one that became the first casualty of concrete floors. It's really okay. That thing was a second generation iPad that I bought new. It was old and slow. Some stuff wouldn't even run on it.

“You only live once, but if you do it right, once is enough.”