nstalled FireFox 3 this weekend. After a couple of glitches, including a repeated nag from 1Password to upgrade and a failed install of an add-on from some fella in China...Seems 1Password and said other extension had issues with one another. Don't ask!

FF3 seems to be up and running stable. Was able to find either updated versions or substitutes for most of the extensions I was using on the old version of FireFox. Some things are better than the old version. Some, I am still thinking, 'WTF'?

Definitely loads a little faster. Supposed to not be such a resource (read: memory) hog as it was. Or maybe it is just because I haven't loaded the new FF up with a pile of extensions. *grins* Over all a good update from mozilla.com. Have you upgraded yet?

ound another couple of gems this weekend too... 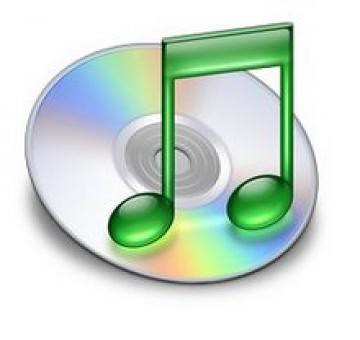 Both of these are iTunes related pieces of software.

ince I got my MacBookPro, I've had some issues with sound quality. For music, (games or movies, or other video seems to be fine) from either the teensy onboard speakers. Or even the Bose Companion® 5 Speakers. Some music just sounds, well, tinny. Sound is fine when piped out to a stereo via Airtunes or in headphones. But otherwise it just seems to be off just a little. It was just enough 'Off' to be an annoyance. So I finally got around to looking for some sort of add-in for iTunes.

Google to the rescue! There is no way I was the only one. I was quite surprised to find there isn't that much out there for this problem. But there are a couple of solutions out there. The one I seem to have settled on in the reasonable priced ($30) iWOW™ plug-in from SRS labs. I just have the trial version right now. But I'm sure I'm gonna have to pay for the license.

iWOW™ has several presets and the ability to create your own settings as well. The interface is clean and easy to use. Learning curve is very low for this very
useful piece of software.

he other little piece of software I found this weekend is a true Gem as far as I am concerned:
Signal from alloysoft. Alloysoft describes Signal as "The Ultimate Media Player Remote" Signal turns your iPhone, iPod Touch or Windows Mobile enabled smartphone into an Media remote control! Works with Macs for iTunes or with PCs for iTunes, Winamp, or Windose Media Player.

I've only tested the Mac version of this. Because that's what I have. I have tested it with both an iPod Touch and my ever lovin' iPhone. Functionality:
* Play, pause, and stop your music
* Move between songs in the playlist
* Select AirTunes speakers
* Adjust the volume
* Rate songs
* See the current album art
* Browse and search your media library
* Add songs to the queue
* Remove songs from the queue

All this seems to work great. I currently have the trial version, but this is another piece of software I'll definitely pay for! Oh and get this: It works with Airtunes as well! Tried this out last night (it was actually really early this morning) with my stereo in the bedroom. It is seamless. Got a little nag every third song, to update. But I am waiting to see what alloysoft does with the SDK for iPhone 2.0. Supposed to be a native (onboard) version for iPhone or Touch. It currently functions over the Internet. Works well via WiFi. Suppose it would work via Edge as well, but I haven't had to do that yet.

Greatness! TexasT's rates Signal a solid TTTTT's out of 5
Collapse