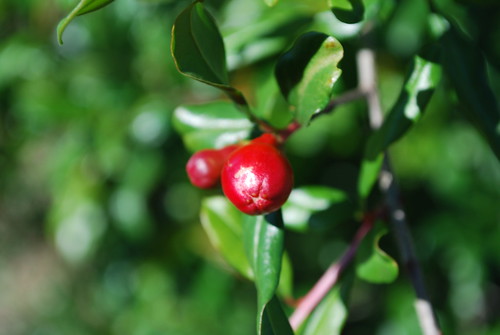 Lots of great scernery on this trip.

Quick post while I upload a few photos. How did I get here (Uvalde)? Form

eats_veggies I found Hwy46. (busniess) So it took me a little longer to out of New Braunfels. Once I hit the actual highway - my choice of routes was a good one. Stayed on that through Boerne, till about the midpoint between there and Bandera. Where I picked up Hwy 16.

View from the picnic area 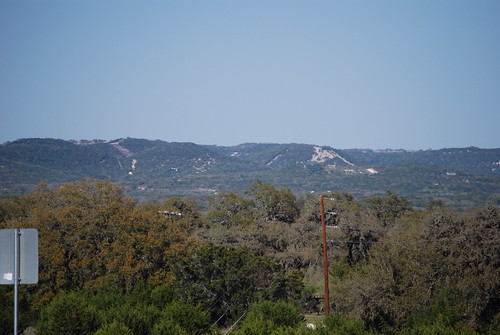 Pulled into a picnic area right outside Bandera because my phone was having an argument with the damned charger. And I didn't realize just how close I actually was to Bandera. The phone chager thing was soon sorted. 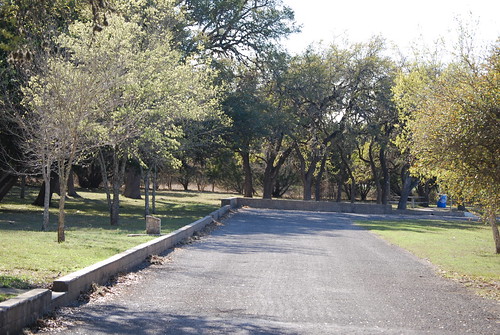 On this trip I've had to set my GPS for shorter legs. It picks the fastest routes by default and that was not the way I wanted to go. For instance, From New Braunfels to Garner, Would have taken me most of the way on major highwaysand this was not the way I intended to go. The road less travelled was what I was interested in. So I would have to set it for New Branfels to Beorne and thence to Bandera, etc. Have to take a look at the defaults on this thing.

So from Bandera I made for Tarpley. I picked RR470 outside of Bandera and rodae it to Tarpley, where I made a wrong left turn, but realized it after only half a mile. And turned around.

Course correction! That's the way I SHOULD BE going. *grins*

Utopia, Texas was my next waypoint and while it looks like a nice place, the population of only a few hundred, supports waaaaaay to many churches for my liking. Nice folks, I'm sure.

Picked up RR1050 there and headed for Garner. About half way through this leg I realized it was gonna be too late for much of anything by the time I got there. Stopped at Rio Frio Road to snap a few shots of the water crossing there. I've noticed that most of the rivers, creeks and streams I've crossed have really low water levels. Scary. Water was just a trickle at this crossing. 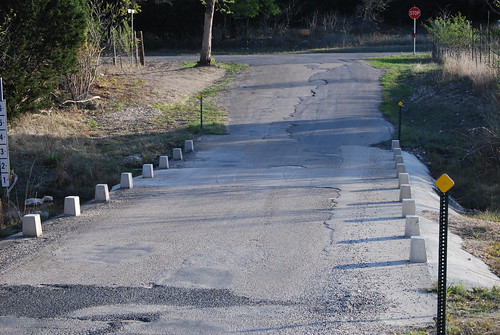 Once I made it to US83, I started casting about for lodgings. Drove up towards Leakey. Stopped at a picnic area that had a view of the Frio River. Or so I thought. The was a view. Not a very good one, though, so I din't linger long. What I DID find was a bunch of trash and two dead deer carcasses. Talk about FUNKY. Got pictures but I ain't putting them up. they'll be in the set.

Drove the 30 or so miles to Leakey only to find that the Inns as described on my GPS were closed or full. Nice drive though. So back down 83 to Uvalde, Where I got a room at a Best Western. Gotta Wonder about my choice at this point. They made me sign for the remote and an Ethernet cable. Jeebus. 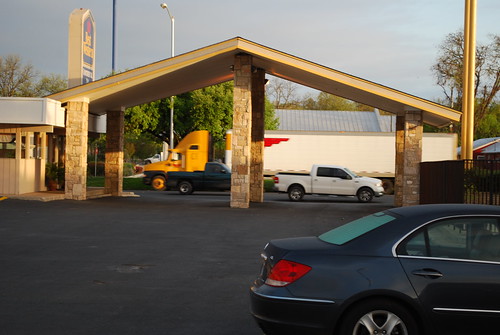 One of my favorites from Yesterday. At the watercrossing. 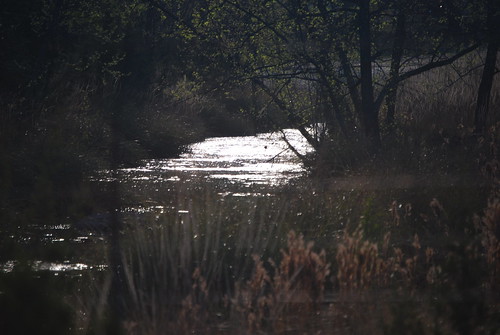 And since I'm on my last set of clean clothes, (and I am supposed to work tomorrow!) reckon I'll head towards home. But in a meandering kind of a way. Next waypoint? Vanderpool. Then Medina. Then Bandera. Then I'll put in the next couple of waypoints.

Picnic area. You know I would make a lot better progress if I didn't stop every 10 seconds to snap a picture. Ha!
That last drive was a lot of down shifts and up shifting. If I still had that Z28 I used to, I'd probably have shit myself!

As it was I only peed. *Grins* Onward! Next stop... Bandera. Maybe some dinner.

In a rest stop in guadelupe cty. Just got a look at myself in the mirror after using the facilities. I'm Sunburned! This might be sore tomorrow!

Some dude was kinds loud out in the parking lot. Talking on his cell. All of a sudden two county Mounties show up and start giving him a hard time. Dunno what is what. Kinda out if my view where I'm sitting slurping wifi from the state of Texas. Still got another two hours (at least) before I'm home. And I need some dinner as well.

He who spends the day walking on rocky dry riverbeds, should have a pair of good hikers to wear on feet!

You might be able to tell I've made it back home.

If I plan to keep doing this kind of stuff *Pssst! I do* I need to invest in some hiking type shoes. Day-um my dogs are barkin'. Took a couple Exedrin PM. And this ol' boy is packin' it in for today. I'll be paying for all my fun tomorrow.