In anticipation of shooting the Houston Fringe Festival, since it was going to be an all day (and into the night) event. Iwent out in search of a Nikon SB-400 shoe mounted flash and a diffuser of some kind. 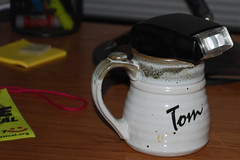 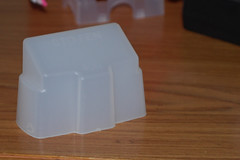 
Gotta say I like this MUCH better than the built in one. 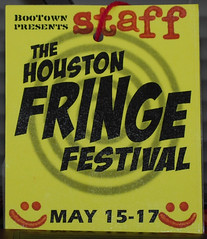 I met up with the crew at around 1:00 or so. About 500 pictures and 10-12 hours later...I was exhausted and my feet hurt. Interesting bunch of shows. Of course I haven't really seen many of them. *grins* Kind of hard to do that with a camera stuck in your face.

Now this is an indoor outdoor / show and at one point in the afternoon, we thought we might get rained out. And we did get a little rain late. But other than that, the shows went off pretty much without a hitch as far as I could tell.

After the last show last night I went to breakfast with a few of the Boo Croo.

Drove home and fell into bed and couldn't get to sleep for quite a while. But here I am ready for another day!

And as soon as I get showered and stuff I'll be meeting up with them the Boos for another day of fun.
Collapse