Over the last week or so I have been driving myself crazy...

And I reckon it is a good thing it’s a short drive. *grins*

So the plan for today was:
I have been trying to locate the keys to our my rented storage space. I couldn’t for the life of me remember where I put hid them. And when I’ve thought about it on and off for the last week or so. I’ve had a good look about. The junk drawers in the my dresser. ALL the drawers in my office. Even the vertical files. All for nowt!

Whhoooops! The house is showing between 2 and 3. Excuse me while I evacuate some stuff for me And the dog to the back yard...

Okay well. Gotta love WiFi. Whew! it’s hot out here. What we usually do is at the appointed hour move ourselves and the mutt to the backyard so they don’t have to be tortured by a big goofy 65 pound boxer while they are having a look around. Boy wouldn’t hurt a fly. Well, maybe a fly...But humans? Nah... 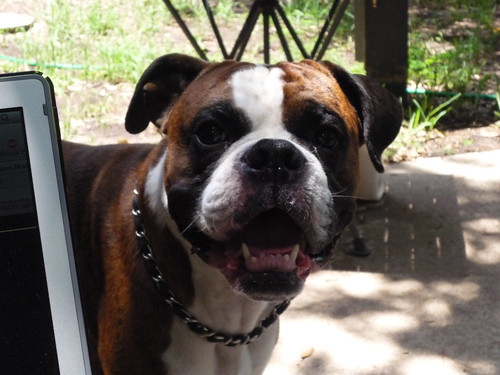 So we give them the time allotted, usually an hour or so. If they don’t show up within that time? Well boo on them! 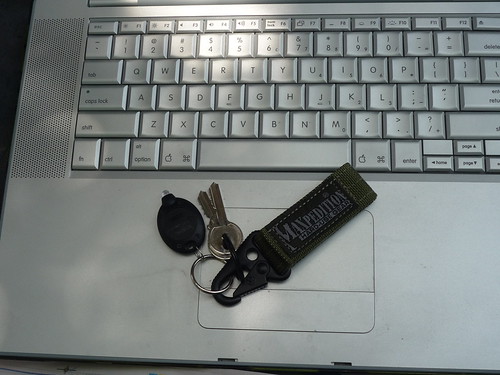 They are not on a small key ring. And I did this on purpose too! Just so I could put them in a place where I always knew they would be, so they’d be easy to locate. Well I Frickin’ lost ‘em. Could not find them anywhere in the house. And the cursory going over I gave the car didn’t turn them up either. Looked in all my current set of bags. They just weren’t anywhere. That I could see. I didn’t want to have to buy another lock AND have the storage guys cut the old one off.

So after I got back from breakfast this morning I tore into the car. First the back seats and floor boards. Nothin’ Then the front seats and floorboards. Still nothin’ Found a bunch of other crap, but no keys. Looked in the console and the glove box. Dang IT! Still no luck.

Good to clean out the car occasionally, although I really should do this more often than that, just so everything gets put back where it is supposed to be. Plus I can get rid of some of the crap I no longer have a use for.

So after a short break, I opened the trunk and started pulling everything out of there. Put the new bike rack back in the box. Got the power inverter I bought for hurricane season AFTER Ike last year back in it’s box. Put the three tripods in the back of the trunk so they’ be out of the way, but still accessible. I went though my camera bag yet again. It has been living in my trunk lately, because of the fog factor between INSIDE and OUTSIDE. I put whatever tools were in the trunk away. Got a bag in the back seat for this kind of stuff.

Jeebus it’s hot out here. About 20 minutes to go before the allotted time is up for our visitors.

So I looked through the other bag that I’m no longer using that happens to still be in the trunk. Dunno why, but t might come in handy one day. NOT! When I go through the mess on my side of the garage I’ll deal with it then. Probably tomorrow.

I set the bag on the ground with the camera bag, the inverter box, and bike rack and a cooler that was back there as well. There’s a plastic bag and a couple pieces of paper and some other flotsam and jetsam on the floor. I scoop them up and...

There are my DAMNED KEYS!

So I found them a place in my every day bag so I’ll know where they are from now on. On the left - Storeroom keys. On the right - The keys to my desk and laptop - if they ever get that right. Don’t get me started on that one...Damned IT folks... 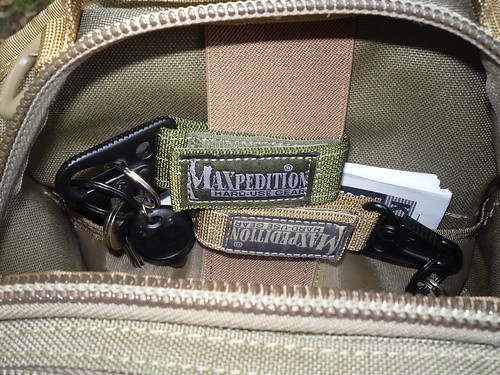 Now about that list...
Number three will have to wait until the morning. I think I’ll go read a book, or take a nap or-surf the web, or something. Just too damned hot out.

Times up! Back in the house for me and the dog!
Collapse