Didn’t sleep well last night, and stomach was off quite a bit. Dammit I’m on vacation I don’t have time to be sick... *grins*

Didn’t get a lot of anything done today. Talked a bit to Marcel and son after they got up this morning and ran off to the restaurant.

Discovered I had left my NIKON turned on all night. I was surprised that there was still quite a bit of charge left on it.

The plan for today was to head over to the Texas State Aquarium around lunch time and see what’s changed since the las time I was down this way. About 10 years or so. After that I was gonna go to the beach at around six-ish.

But stomach issues and a nap (what th’?) took those plans. By the time I got to the Aquarium it was a little after four so I decided to take a pass as they close at 6:00. I may try tomorrow before I start meandering my way towards the north.

I cruised the bay side beach. Seems to have fallen on hard times through there. Beach was kind of nasty. I had parked next to the cabanas and was getting ready to leave when a little boy came running up and asked me to turn on the shower for him. Said he had been stung by jelly fish.These are the outdoor showers found at any gov’t built beach oasis. Push the button in, and it runs for a bit. Then push it again. Spent 5-10 minutes pushing the button for him. Then his brothers came up from somewhere on the beach and took over.

Back to the house and I fell out again. Woke up around 7:00. Cruised over to the beach (Gulf side) and hung out for a while. Nice blue-green water. Didn’t hang out long there as I was hungry. Decided to go back to Marcel’s for dinner.

Had a nice salad, shrimp in a chipotle cream sauce and a piece of Key lime pie.

Getting ready to fall out tonight.

This is a mesquite tree that covers nearly all of Marcel’s front yard. Nice and shady for the house. Unfortunately it also seem to be a haven for mosquitoes. 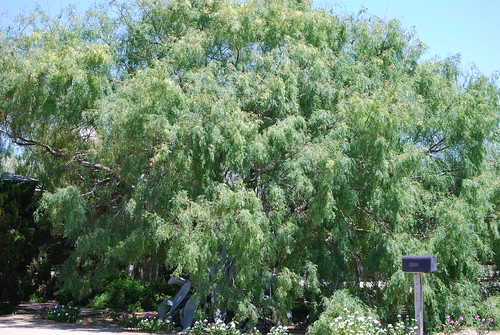 But he likes it. This is a mean little flower 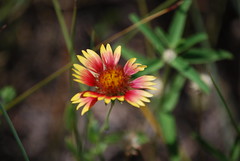 Just another weed in bloom 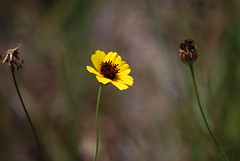 Gonna try to get some more mission pictures posted soon as well. Got some really good ones of the others as well.

Shall I wander this day?

What direction should I go?

Will be leaving Corpus soon as I am packed...

I have an idea... More from the road.

Wheat beer. Has a very nice summery weight and taste to it. 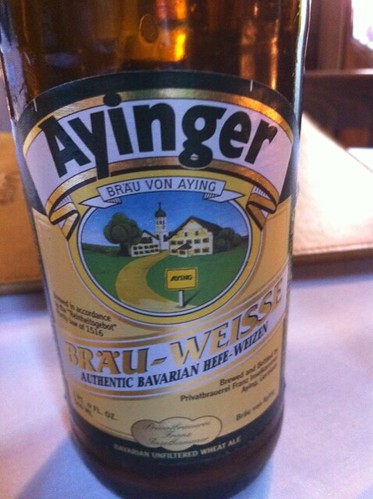 Hope all is well with you all.
Collapse