Or by another name: Craiglist is your friend.

Remember this? My massive credenza? 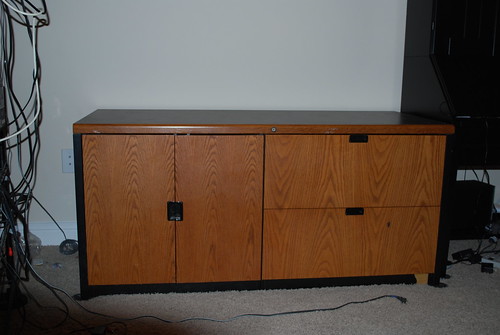 And These? Medium brown Billy bookcases from IKEA? Of which one is pictured but I have two? 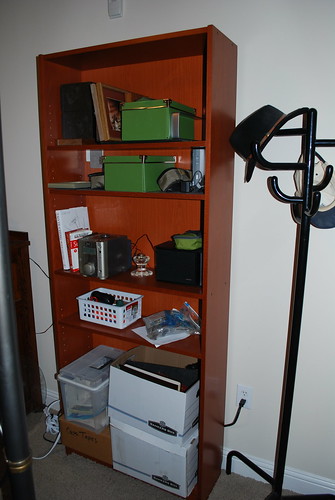 I’ve been putting this off long enough. If all they are gonna do for me is sit in there costing me money, then go they must.

Thinking about $400.00 for the lot. I have no real idea what that credenza is worth. Although on a couple of sites I’ve seen prices ranging from 300 - 900 USD (and higher). I presume that it is about 15 - 17 years old. The thing is massively heavy and looks to have some kind of really dense black wood The interior behind the doors on the left is constructed of the same heavy material.

It ain’t in perfect condition, but is is pretty high quality stuff. I’d say it might be Herman Miller. But just because that’s where we used to get our office furniture.

The post I did about the woman across the way that had put up one of those pavilion type things. Was in March.

Wasn't That a Mighty Wind

Well as luck would have it she put another one up yesterday. While I wasn't looking. Noticed it last night after I got back to la casita after a trip to the pool.

Looks like we are getting a bit of wind and rain from that tropical depression in the gulf. I think if I were her, I would be thinkin' someone is tryin' to tell me something. Do not put another one of these fuckers up here!!!

Thing was tied off to the railing in two places. It went up and over the rail while i was out on my patio. Feel bad for her, but she didn't completely listen to what I told her after the last time.

This: "Either needs to be up next to and tied off one or two of those support pillars. Or in a corner on the rails tied off on three of the verticals in at least two places.

I understand you want to create somewhere you can be outside and out of the sun, but with as windy as it can get around here, your patio may not be the best place!!" Unless it is properly anchored. Obviously it wasn't!

At least it didn't take her table and chairs with it!

Posted via LiveJournal app for iPhone.