Right Then! On to the Next Holiday!

Got a few photos to share. The first is of the light of my life...
My daughter, The Offspring, looking oh so cool on a recent trip to New Orleans.... 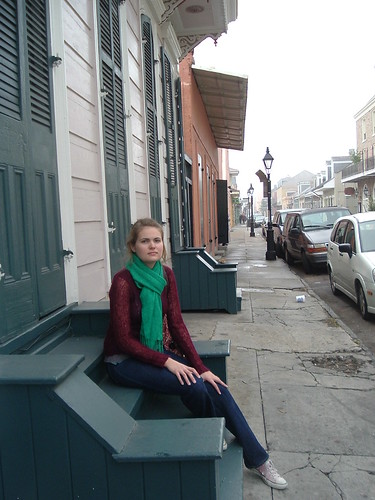 Doesn't she just look like...she is too freakin' cool? She took quite a few good pictures on that trip. You can see some of them on my flickr account. 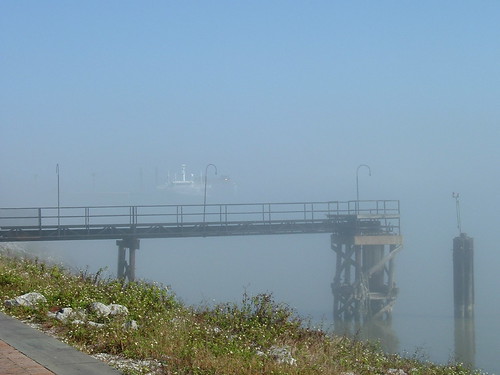 The next few are from the Friday before Christmas. I was out doing shopping for stocking stuffers for the kids. Can't really call them children anymore. They are all in their twenties! I was cruising down the Grand Parkway in the far west Houston area. It was about to rain. It looked like something fierce was about to happen. Started to get really dark. I usually have my camera with me too. But NOT Friday. I figured with all the crap I'd been hearing about people getting cars broken into, and losing all their crap. I should leave it at home. I mean I'm only going shopping after all. Felt bad enough carrying my handheld along so I could keep track of what I was spending, without too much mental effort. What could happen?!?

Well this could happen! One of the weirdest looking skies I've seen in my 28 or 29 years of living in Texas. Only thing weirder is an eye of a hurricane passing over your head. I was here for Alicia and it was really strange. All I had with me was my damned phone and I wasn't gonna pull off to the side of the road to take picture with that!

Maybe if you get real close to the screen you can see what I mean. *grins* 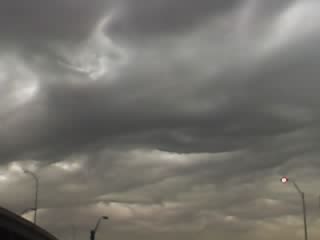 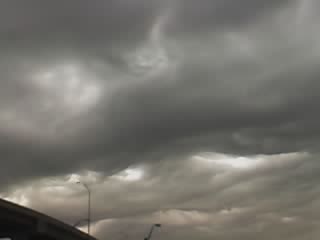 The top two I had the zoom fully zoomed.

These were not zoomed at all: 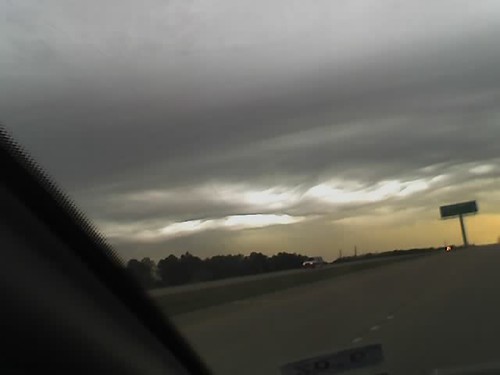 These ain't too bad...Considering they were taken in a vehicle moving at over sixty five miles an hour(!) 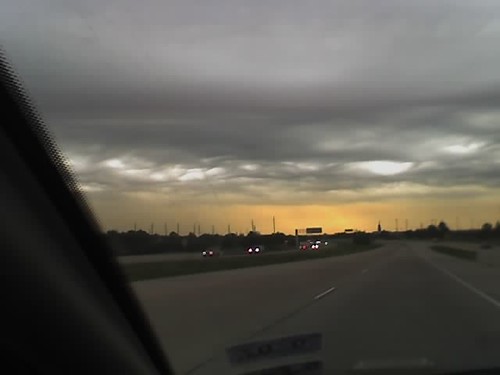 Fortunately my step-son, The Cool One who was at work (at that french store, Tar-get!), looked up about the same time I did and happened to have a camera with him, and snapped off a couple of shots: 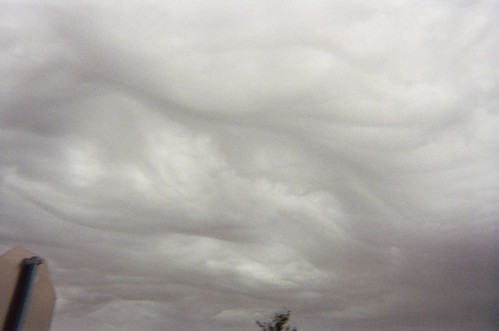 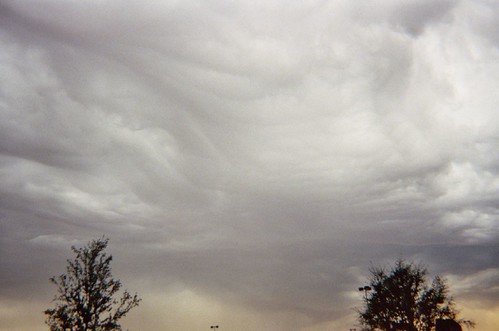 Speaking of The Cool One, he's just come in from going out to dinner with his sister, The Scholarly One. He has shaved his head! As you may or may not know, He'll be leaving for Coast Guard Boot Camp next week. I suppose he was just getting ready for this. But hell! Weird! Bon chance, my son! Bon chance...

Well, I've about finished my beer and it is getting on up there in time. 5:00 AM comes early you know!

I'm off to read some posts and then for bed!

Edit - Must be a setting in semagic that i've missed - It seems to have stripped my linkage to the photos out - shit!

Tags: family, photos, the cool one, the offspring, weather
Subscribe