The PA at my doctor’s office told me, “You know, you are awesome.” I’d made several self deprecating jokes and the last one got him. This was the first half of a wellness check (a rather in depth physical). He had been testing my memory and I had (completely) forgot something he had told me literally a minute before. Next question was to say a sentence with a subject, verb, and predicate. I just said the first complete sentence that came to mind:

“My short term memory has gone to POT!” He did a double take and looked at me and cracked up. And away we went. Through all the tests and crap we were like fast friends. Nice guy.

I finished up with them and decided it was time for a haircut. And I was more than halfway to the guy that cut my hair’s place out in the burbs, so I moseyed on out that-away. Got my hair sheared off. Honestly, there was more on the floor than there is on my head. It was getting a bit longish. I was considering letting it go some more. It’s soon to be summer here though, so off with the extraneous locks.

My hair looks a bit less gray when it is shorter. BONUS! Not that I (really) give a falling fuck about that kind of shit.

And yeah, My hair is apparently THAT thick. Because my damned hats DO all fit!

I was getting mixed signals about the long hair. Some said you need a haircut, others were I bet that’s gonna look good when it grows out. Screw it! It’s gone for now.

After that I moved back towards town because I was hungry. That doctor’s appointment was a fasting appointment for the blood work. Sure screwed up my feeding times today. S’okay.

Pictures. I got some.

Flowers in the morning 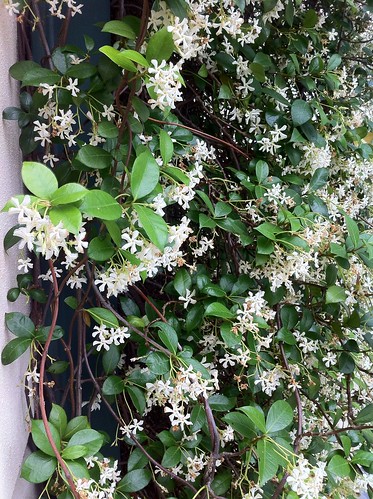 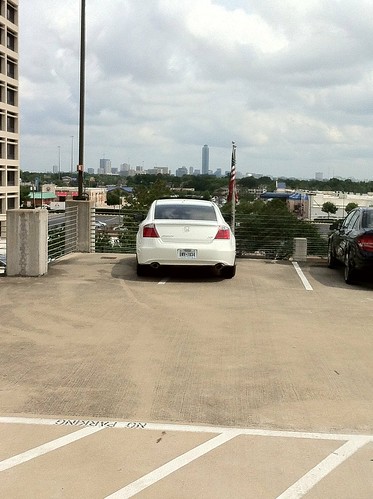 The first I took this morning after my Doctor’s visit. This is growing up the side of the parking garage. Mind I was at least three floors up.

The second. I took this one from my parking garage early this afternoon. Perfect candidate for youparklikeanasshole.com

One more from the other day… 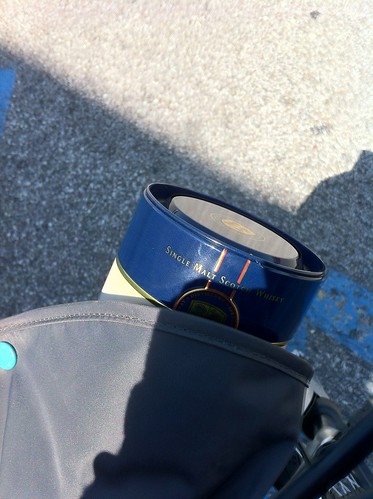 Biked to the liquor store for a new bottle o’ scotch.

That’s it for now. No real plans for the big holiday weekend. Funeral to go to this weekend, but that’s about it.
Tags: 42, photographs
Subscribe