I had just lost one of my long term lj friends well 2006 to 2009 and she was from NOLA. I believe she called me out for not moving quickly enough on my divorce and typically I kinda told her where to put it! And so did she. We did find each other again some time later. I was grateful.

I was a bit distraught about it and so I declared a "De-Friending Amnesty Day". Jeebus! What a fucking Drama Queen!

Further in the thread another friend started in with french: "Vous êtes mon ami pour la vie. Vivant avec cela damnit!" = You are my friend for life. Living with this damnit!

Not sure why we were doing all that in french. But I remember it as it was kind of fun. And No, I do not speak french!

What a long strange trip it's been...

*laughs* Been going through my old entries lately. My life was such a friggin' Three Ring Circus back then. Yeah ~ 2009~2010. Not a great time. My marriage had unravelled - it had started long before that, but we actually managed the split in that time period. My job was coming apart at the seams - I was laid off after 31 years in 2010.

Man, I used to post a lot. I used to DO a lot. And there were pictures taken of a lot of it too. And Lord, did I have some fun with my camera and software: 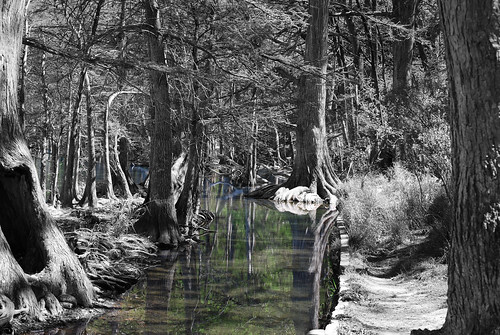 Had a lot of requests for that one. Gave away a bunch of copies. Had a framed copy in my cube, in Cube City, back when I worked for The Big Clam.

Another from that trip:

Is that you in my rearview? 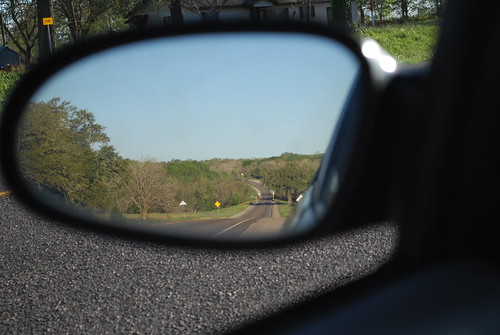 I started adding themn to a "My Favorites" Album on my flickr account. Here's a link to my Photostream. Why I didn't do this years ago is just beyond me. Water under the bridge at this point.

And here's one to My Favorites Now this is an album that should be ever growing!

And this is still one of my favorite LiveJournal entries: Well no, the birds didn't spit out the seeds... I still get a chuckle when I read that, or even tell the story.

I also used to post a lot of music ~

Both lyrics and audio and/or video. As I've been going through these old entries, I've been trying to pick up the tunes that I posted or that were given to me (on LJ) as gifts - or "Here, give this a listen, T's" type of thing. Been putting them into an iTunes palylist. I'll say one thing, that part of me, hasn't changed much over the years, my tastes are as eclectic as ever!

As you may or may not know I've been on something of a quest...

to find a tool or program to archive (or download) them into some format I could use on a local host.

I did find a script that would download and convert them to xml. All of them in one fell swoop. Of course then you need something that either reads xml. Fortunately there was with that same script, an additional script that would import them into the DAY ONE App.

If you are interested in such things, here's a link LiveJournal Archive Tools

The Download took a few hours for my nearly 4K entries, but the import into DayOne took nearly 24hours I think. Script was running in a Terminal window in the background so I'm not really sure. It was still running after running most of the day when I started it, but was finished by the time I checked on it the next morning.

This entry was originally created in Day One and the html for it was rendered in MacDown App. And then posted to Livejournal via XJournal

Hah! The process isn't nearly as complicated as it sounds and getting MacDown (which is open source!) to do all the heavy lifting for the conversion is much, much easier than converting to html myself. Markdown is simple to use as well.

For example: This is ITALICS